Jen Sookfong Lee is the author of eight books in various genres for both kids and adults. Her debut novel, The End of East, about a Chinese family in Vancouver’s Chinatown, had the Vancouver Sun praising its “rich imagery and well-wrought characters.” The Better Mother, Lee’s second book, was a finalist for the City of Vancouver Book Award while The Conjoined was nominated for the International Dublin Literary Award and the Ethel Wilson Fiction Prize. In the fall of 2021, she released her debut collection of “compulsively readable” poems, The Shadow List. Her first nonfiction book, Gentleman of the Shade, has been described as a pop culture love letter to her favourite film, My Own Private Idaho. In Superfan, her forthcoming memoir in essays, she continues her exploration of pop culture while also examining grief, loss and intergenerational conflict. She is also participating in our poetry event (Event 12) on Saturday at 2:30 pm. 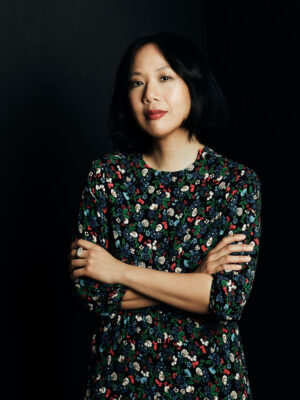