Ivan Coyote is a skilled storyteller adept at writing both fiction and nonfiction. Their first novel, Bow Grip, won a ReLit Award, while the memoir Tomboy Survival Guide was named an ALA Stonewall Honor Book. Rebent Sinner, a moving memoir on what it means to be trans and non-binary in a heteronormative world, was a finalist for the Governor General’s Nonfiction Literary Award, a Hubert Evans Nonfiction Prize, and was the winner of the inaugural Jim Deva Prize for Writing That Provokes. A touring storyteller and musician for over 25 years, Coyote has received many “special letters” from audience members and readers over the decades. When the pandemic cancelled all of Coyote’s gigs, they finally had a moment to pen a reply. Their latest book, Care Of: Letters, Connections, and Cures, is an intimate and powerful collection of those letters along with Coyote’s responses, earning them a second GG nomination. 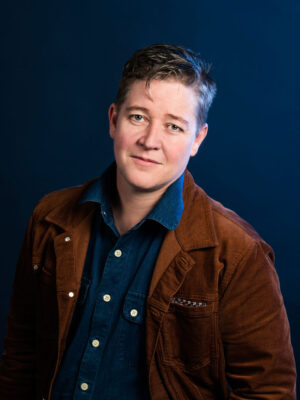