Farzana Doctor is an award-winning author whose books have garnered rave reviews and graced several “best of” lists. Her debut novel, Stealing Nasreen, was called a “riveting read” by Quill & Quire, with the Writers’ Trust of Canada awarding her the 2011 Dayne Ogilvie Prize for LGBTQ2S+ Emerging Writer. Her second book, Six Metres of Pavement, won a 2012 Lambda Literary Award and her third novel, All Inclusive, was named the Kobo and National Post Best Book of the Year in 2015. Seven, which deals with the difficult subject of female genital mutilation, was shortlisted for the Trillium and Evergreen Awards, with critics praising it as “compelling and bold,” “defiant and engrossing,” and “The feminist book of the year.” Her newest book, a collection of poems titled You Still Look The Same, will be released this May. She is also participating in our poetry event (Event 12) on Saturday at 2:30 pm. 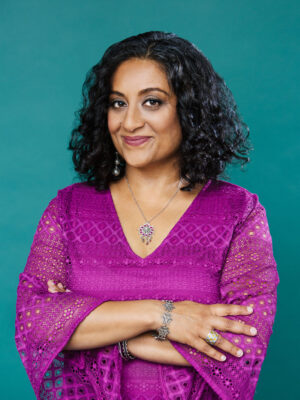